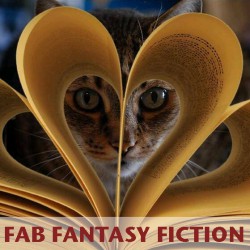 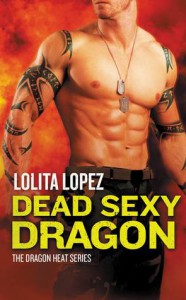 Lolita Lopez's series features sexy, alpha dragons with tattoos and attitude. I've had the two books in Lolita Lopez's Dragon Heat series on my Kindle TBR (to be read) shelf for a while, but receiving a copy of the second book Red Hot Dragon from the publisher, I decided to read the two books asap.

I'll be up front - I love dragons. I'm not sure if it's my Welsh heritage or if there is just something uber sexy about fire breathing reptiles, but I do tend gravitate towards these shape shifting beasts.

Lopez's dragons are part of a secret brotherhood that protects the dragon race from St. George's descendants - swords and all. Her first book, Dead Sexy Dragon, features reclusive dragon shifter Stig Wyvern and an unexpected guest at his lair, baker Cora Cardenas. She's the kid sister of his now-deceased best friend from the military and also someone he likes, perhaps more than he should.

The second book, [b:Red Hot Dragon|17557576|Red Hot Dragon (Dragon Heat, #2)|Lolita Lopez|https://d202m5krfqbpi5.cloudfront.net/books/1372452560s/17557576.jpg|24484555], features Welsh red dragon Griffin Cadogan and naga Avani Monroe. They have to overcome a blood feud, some St. George dragon slayers who have them in their sights, as well as mutual distrust. But sparks are flying when they meet and perhaps Avani's wish to have a little dragon to continue her line might come true. [I received a copy of Red Hot Dragon from NetGalley in exchange for an honest review.]

Both these books have a lot of sex - a lot of hot dragon sex - so be warned they are very romantica - if not erotica. But there is enough of a story line to carry these through as both dragon couples find passion in the midst of the three-year heat cycle that seems to be one of the triggers for the red hot dragon passion.

These are very quick and easy reads. I wouldn't say they're my favorite dragon shifter stories, but they're fun. Again, I'd give them an NR-17 rating (at least) and advise that the story is pretty much secondary to the dragon passion.